If you found this beautiful handkerchief in an old dresser and let your mind wander where in the past would you go? Would you go to the roaring 20’s where it would be folded and placed into a beaded flapper bag for a night of dancing the Charleston with your friends? Or would you find yourself gripping it tightly in your hands in the 30’s as you prayed and hoped that your husband would bring home enough money to buy dinner during the Great Depression? Perhaps you see yourself in the 40’s folding it nicely into your pocket book as you meet your lady friends for afternoon tea in your newly purchased suburban home. Everyone is getting married and starting a family now since the war is over. So all the fancy ladies need a pretty little handkerchief in their pocket books. But then again you may be imagining folding this handkerchief and placing it into a Bible as you and your family go to church together in the 50’s. In those days a family was made up of a married mother, father and children. The father worked outside the home and the mother worked inside the home. I don’t imagine there was much need for a woman to have a handkerchief back then. On TV she looked to be too busy cleaning and cooking to have time for wiping her eyes or blowing her nose. In the decades after that I can’t see a woman would have much use for handkerchief. They seem to be more for “dainty” ladies than for the hard working types you come across in years to come.

But in reality, the handkerchief that I have here belonged to the toughest strongest woman who was anything but one of those ladies I described above. The lady this belonged to was my grandmother.

She was born in 1922 in East Tennessee on a farm. She lived on that farm and worked as hard as any woman I’ve ever known. She came from a strong line of hardworking farming women who worked sun up to sun down every day. They experienced death of their children and disease. But they fought through it all. When my dad was a teenager she moved herself and three children to another state, found a place to live and got a job and kept on working. She was tough! And she never stopped working and fighting for her family. But she had a drawer full of beautiful delicate handkerchiefs just like this one.

Would you ever have let your mind wander to a past such as that if you had found this beautiful handkerchief in a old dresser?

Welcome back to my journey!!! Returning to the blogging world has been on my mind for a long time. I’ve …

Source: Please See Me and Not My Illness

So what kinds of things does depression do to a person? Depression is just one small part of what NAMI …

October is Mental Health Awareness Month. Well it was actually a week long – Oct. 4 – Oct. 10. But …

Source: Depression is my #InvisibleIllness

Let me begin this new journey by talking about something that has been very difficult for me, and those like …

My name is Pam 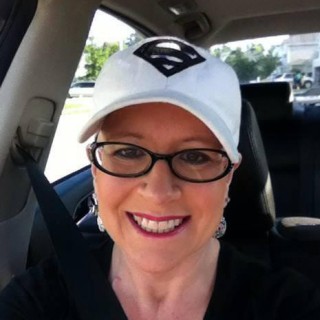 I am 48 years old. I've been married almost 28 years to my college sweetheart who is a publishing CEO and an Author. We have 2 terrific college seniors. Our son, Michael, is 22 and studies Mechanical Engineering Technology at MTSU. Our daughter, Lauren, is 20 and studies Ministerial Counseling at Lee University. I am a Cancer Survivor. I've had Fibromyalgia for 22 years. I battle with major depression and anxiety as well. My husband and I love to travel. My purpose here is to support you in our physical and emotional battles and to take you on my journeys around the world the world. 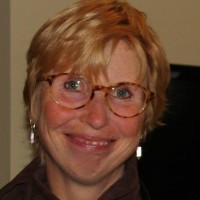 Married to the Weatherman

Not just married to the weatherman

The adventures and musings of an ordinary private pilot.

One should count each day a separate life - Seneca